The story behind this haunted hotel - Pub Rooms Directory

The story behind this haunted hotel

The terrifying story behind this haunted Tasmanian hotel.

But stay overnight at the Bush Inn in New Norfolk, a tiny town on the Derwent River in the southeast of Tasmania, and you’re setting yourself up for one very terrifying experience.

Australia’s oldest continuously licensed hotel will turn 200 this year, but there’s one “person” in the 26-room hotel that never gets any older. 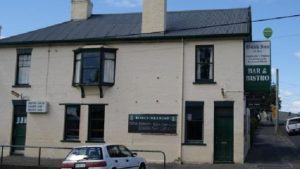 It may be hard to believe now, but New Norfolk was once one of the fastest growing areas of the Colony. Supplied.

The spooky hotel on Montagu Street is said to house a ghost resembling a small girl in room six. As well as a haunted room, there’s a hidden tunnel underneath the pub that was used to transport the patients from the Derwent River to the Royal Derwent Hospital (originally New Norfolk Insane Asylum), so they wouldn’t be seen on the public streets. 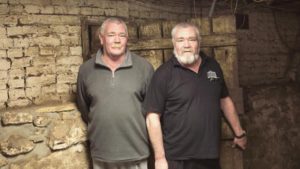 Brothers Don and Peter Smith in the basement of the Bush Inn. Supplied.Source:Supplied

Current leasee of The Bush Inn, Don Smith, says all the rooms in his New Norfolk pub, opened in 1815 and first licensed in 1825, contain old, high beds and baths.

But room six, “the ghost room”, simply has a small single bed and a chair in the corner. 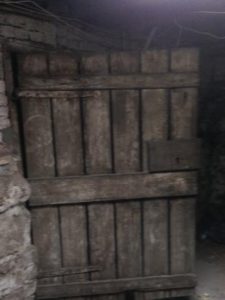 It’s believed that a little girl fell down the stairs at the Bush Inn nearly 200 years ago, Mr Smith said.

“The first night I stayed here I was by myself,” Mr Smith told news.com.au.

“I didn’t get much sleep that night — there were a lot of creaky noises, floor boards making a noise, a lot of walking around and there was no one else staying here, it was only me.”

Mr Smith, who describes himself as someone who is not easily spooked, said strange things happen regularly at the Inn.

“I’ve seen someone walk past and then I’ve looked and no one is there.

“And one night the bell rang in the kitchen and no one was there — someone must have rang it.”

But rather than putting people off, Mr Smith said people travel to the Bush Inn especially to experience room six.

“People come here and ask to stay in the ghost room,” he said.

Mr Smith said a group of paranormal investigators has visited and they discovered plenty of “ghost orbs”, which are said to be the souls of people.

”We had the ghost busters come from Victoria — they spent the night here and were up filming until about 3am.

”They found a lot of orbs on the walls in different rooms upstairs and down stairs.” 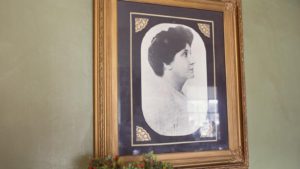 From 1825, everyone who was anyone stayed at the Bush Inn. Supplied.

The long and rich history of the pub is displayed on the walls of the building in the form of photographs and plaques.

It was named after DW Bush, the clerk of Reverend “Bobby” Knopwood, who was the first chaplain in the colony.

The first licensee of the Inn was Ann Bridger, a 54-year-old widow, who arrived in Hobart

There are signs on the wall commemorating the first telephone call in the Commonwealth, which was made from the hotel in 1888 — just 10 years after Alexander Graham Bell invented the telephone. The Bush Inn’s phone number up until the 1970s was simply 1, Mr Smith said.

The most internationally famous Bush Inn guest was undoubtedly singer Dame Nellie Melba who went there for rest during her 1924 farewell visit to Tasmania.