Our pick for upcoming events 2018

We can safely say that Winter has truly set in. That being said we have some top picks for entertainment coming our way during Winter and Spring in Sydney. From sporting events, theatre and the best in music performances. The entertainment is really heating up!

The Book of Mormon – Still running with the latest release of tickets just announced. The winner of 9 Tony awards, the writers from South Park -Trey Parker and Matt Stone and Avenue Q co-creator Robert Lopezhave – nailed this musical. It is on at the Lyric Theatre in Sydney. If you haven’t already, this is a must-see. Quick wit, hilarity and outrageous laugh out loud moments. 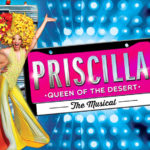 Pricilla Queen of the Desert – If you have watched any of the ABC’s behind the scenes you’ll see that they have done a brilliant job with this adaptation of the movie to the theatre. So much goes into the production. Showing at the Capital Theatre Haymarket until the 21st July. This review says it all: “once again Priscilla is a knockout show! This new 110th-anniversary production is still fresh and funny with an amazing cast…….the crowd were on their feet and clapping along from the beginning to the standing ovation finale” 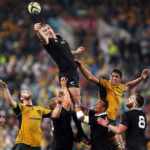 The Bledisloe Cup – returns to Sydney on 18th August 2018. Experience the atmosphere and the action and get behind our men in gold as they run out at ANZ Stadium. With only one Bledisloe Test being played on Australian soil this is your chance to see the biggest Trans-Tasman battle on the sporting calendar, live. Tickets now on sale.

Kendrick Lamar – the Damm tour 2018 – if you’re into Hip-hop this is your man. The 2018 Pulitzer Prize and twelve-time GRAMMY Award winning artist will make his highly anticipated return to our shores this July. Performing at the Qudos Bank Arena on the 24th and 25 July 2018. Be sure to check out this Kendrick, one of the most critically acclaimed and successful hip-hop artists of our time.

P!NK – PINK is coming to Sydney! – Beautiful Trauma Tour 2018 – What an awesome performer, not to be missed. She still stands as the biggest selling tour by a solo female artist in Australia. Renowned around the world as one of the most dynamic live performers of her generation, Australia’s favourite international pop icon, P!NK, has announced her Beautiful Trauma World Tour will hit Australia and New Zealand in July – September of 2018, performing in Sydney throughout August at the Qudos Bank Arena. 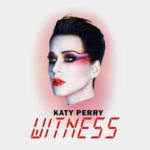 Katy Perry – Witness tour 2018 – touring Australia and performing at Qudos Bank Arena from the 13th – 17th August 2018. Her album is a reflection on who she is and where she is at. Always real and beautiful opening up the conversation that there is beauty in imperfection. Get ready for an awesome experience, see Katy live on stage singing and dancing at. 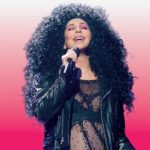 Cher – Here we go again tour 2018 – celebrating one of music’s most phenomenal and enduring careers, now spanning more than 50 years and 6 decades this worldwide superstar and much loved icon, will make her highly-anticipated return to Australia this year. Qudos Bank Arena 18th and 20th October 2018.